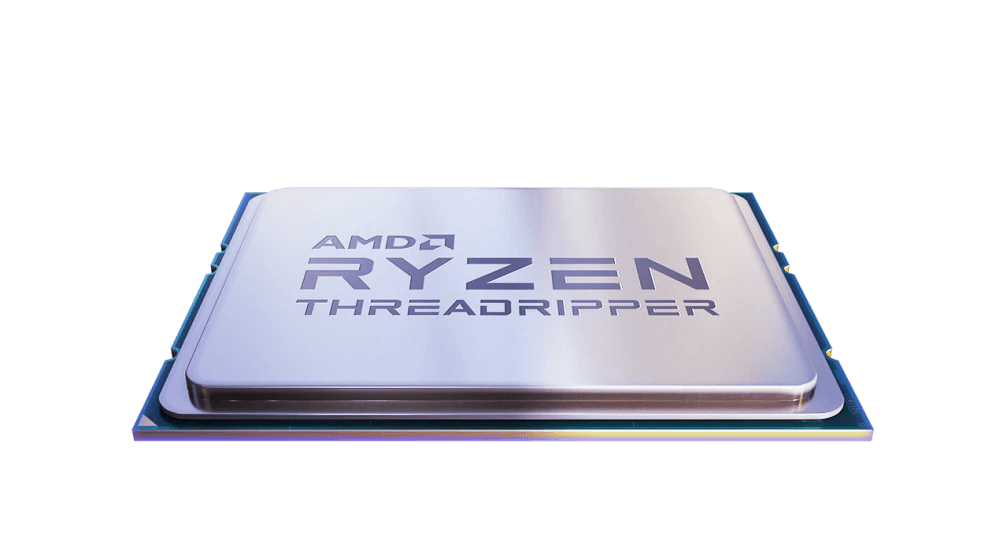 Deepcool’s CASTLE 360EX is a very solid, full coverage, 360mm liquid cooler that won’t bottle neck your system’s performance. Alternatively, if you prefer air cooling, you could opt for the Noctua NH-U14S TR4-SP3. The only issue that you may encounter with tower coolers, such as the Noctua cooler, versus liquid coolers, is that tower coolers for Threadripper can be fairly large and may cause RAM clearance issues with some taller RAM sticks. Threadripper 3 performance with both of these coolers will be adequate, though with the liquid cooler running quieter and cooler overall.

The TRX40 lineup of motherboards is overall very strong, so there are a lot of good options to choose from. This motherboard comes in at a relatively competitive price point, with some of the best overclocking outside of competitive overclocking. If you require additional features, such as 10 Gig LAN, you may need to review other options. We only recommend staying away from the Asrock TRX40 due to potential issues with it’s VRM cooling, which can be an issue if you decided to overclock your CPU.

32 GB RAM sticks have arrived to the mainstream. Ryzen can take advantage of this, and this enables us to access 256 GB RAM on our Threadripper 3 build. This kit is DDR4-3200, in accordance with AMD’s system specification for memory. At the time of writing, we believe this kit provides some of the best out of the box performance for an 8×32 GB RAM kit.

RAM speed and latency can have the biggest impact on how well your system runs, so it’s worth spending the extra money for good RAM.

The Corsair MP600 Force is a 1 TB PCIe Gen4 NVMe SSD that takes advantage of Threadripper 3’s new PCIe Gen4 interface. Storage doesn’t greatly impact the performance of solvers, but if you plan on utlizing the integrated scripting feature that frequently saves files to the hard drive, a drive with fast write speed can save you time. PCIe Gen4 performs very well with write tasks, so a Gen4 drive, such as the Corsair MP600 will perform very well. Keep in mind that the performance of SSDs can degrade if they are near capacity, so we recommend having an additional drive for storage to keep your primary drive performing at it’s best. A reliable and spacious drive for this task is the Toshiba X300 8TB for example.

Not a central part of build, as main stream poker solvers currently do not utilize the GPU for calculations. Here we have selected a decent entry level graphics card that can support output to multiple high resolution displays without issues. It is also a suitable graphics card for gaming at 1080p.

One of our favourite cases to work with since it is roomy, which facilitates air flow/cooling and ease of building. Perfect for the larger TRX40 motherboards that are often eATX as opposed to the standard ATX that is more common on Ryzen (3950x etc.). If you go for an alternative case, consider the form factor of the motherboard before purchasing. The motherboard we have listed here is eATX

This build should draw approximately 800 Watts under full load, so we have chosen a power supply with a little more headroom, in case additional interface cards need to be installed.

Ryzen Threadripper just keeps getting better and better. Better than server grade performance can now be had within the convenience of your own home or office at attainable prices. We look forward to posting more updates on new hardware releases by AMD.
Please leave a comment below if you liked this build, and also let us know what other builds you might be interested in seeing in the future.