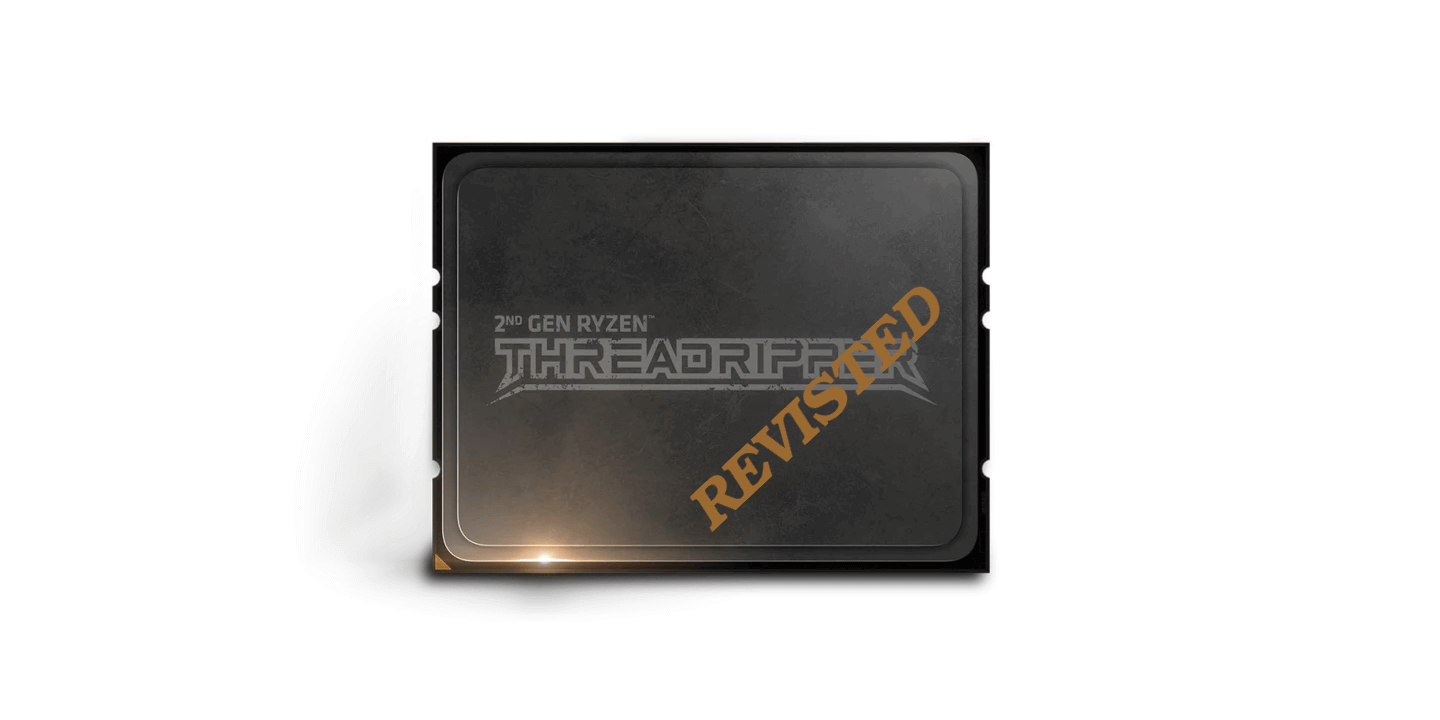 In our previous Threadripper 2 build we recommended to build your Threadripper 2 system with AMD’s 2950X CPU. At the time this article was written, professional system testers had benchmarked the two CPUs against each other and determined that no significant performance increase was to be observed. In some workloads, the 2950X was even underperforming compared to the 2990WX.

Given that the 2990WX is almost twice the price of the 2950X, we could not recommended this part as part of a Threadripper 2 system build. We now know that the same performance hits can not be observed while using Linux, and there are some options when running under Windows to recapture some if not all of the potential of the 2990WX.

This guide will follow the recommendations from our previous build, with the new addition of the 2990WX, and some tweaks, as well as alternative parts options. The estimated cost of this build is 4,700 USD at the time of writing.

An upgrade over the previous 2950X recommendation as outlined in our introduction. This flagship CPU of the Threadripper lineup comes with 32 cores and 64-threads.

At the time of writing, issues with Windows Scheduler, which have been linked to the initial poor peformance of the CPU, still persist and can lead to diminished performance, causing the 2950X to outperform the 2990WX in some use cases. However the same issues are not observable while running on Linux, where the 2990WX will outperform it’s cheaper sibling.

Below is a chart from level1techs.com demonstrating these performance issues in Linux vs Windows using the CPU benchmarking tool Indigo, as well as 7-zip.

We are still awaiting a fix regarding this issues from Microsoft for Windows, which would hopefully resolve the issues around CPU scheduling that lead to this issue in multi-threaded workloads. This being said, there currently is a workaround that may work for you. It is provided through a free and modified version of the Core Prio utility that can be used to resolve the issues that are caused by Windows scheduler. This utility can be downloaded here.

If you are running a solver that is compatible with Linux, such as Monkersolver, you may want to just setup Monkersolver using the Linux distribution Debian for example. How to do this is outlined in our Linux Contabo Server Guide. If you are using another solver that will not natively run on Linux, you may want to consider using the 2950x for the interim to be safe. Alternatively you could try to use the Core Prio utility tool, or switch from a NUMA to UMA (uniform versus non-uniform memory access) configuration in your BIOS to see if that improves performance.

We will stick with the 2nd generation iteration of this cooler for our build, since it was specially designed for the AM4 socket and still presents one of the best cooling options. Alternatively if you would prefer an air cooler, you might want to check out the Noctua NH-U14S TR4-SP3. The air cooler will be louder, and not cool quite as well as Enermax’s water cool, but it will also come in at half the price.

We will be keeping the Gigabyte – X399 AORUS XTREME, again due to it’s improved VRM cooling over comparable models. You may want to overclock your CPU either manually or with one AMD’s overclocking utilities. If you do so, you’ll want to make sure your VRM stays cool.

Theoretically the TR2 platform can support up to 2 TB of unbuffered ECC RAM, however we currently lack the availability of RAM modules with enough density to make this a reality. The typical full sized TR2 motherboard will allow for the installation of 8 modules. With a RAM density of 16GB per stick, this makes for a total of 128GB RAM. There are DDR4 RAM modules available that come with 32GB of RAM, however there aren’t any that are currently officially supported by Gigabyte’s X399 AORUS XTREME motherboard. For a full list of officially compatible modules, please consult Gigabyte’s website here.

Another thing to consider is the RAM. We have recommended a RAM module with ECC (error correcting), which is recommended for certain types of workloads with no tolerance for data corruption, such as is the case in scientific or financial computing (source: Wikipedia). However, if you are running a lot of relatively quick simulations (e.g. within 1-2 days), you may prefer a faster module, such as G.Skill’s TridentZ Series modules.

This is an upgrade over our previous Samsung 970 PRO option. This is arguably the fastest consumer drive available for our use case. This drive will also be very fast for running databases in programs such as Holdem Manager 2 and Pokertracker 4 should you chose to use it for that.

The hard drive you choose is a flexible choice, and depends on budget as well as the use case for each individual. It isn’t typically a significant bottle neck for solvers, and mainly affects load and save times of sims.

Optionally you can purchase an additional drive to store your sims externally. We would recommend you not store files that you don’t access on a regular basis or that do not need the fast access times provided by your boot drive on an external drive. Having a bloated primary hard drive will otherwise unnecessarily slow down it’s operating speed.

Ranging from 4-8 TB in options, the X300 is great value per GB, designed for storing large quantities of data.

In this iteration we have a small bump to a GT 1050 that can support a maximum resolution of 8k, and also output 4k to dual monitors. This is an entry level card that is a suggestion we think will suit most users interesting in purchasing this workstation. If you want to go heavier into gaming for example, you will likely want to select a card more appropriate to this use case and budget, or you may want to consider a workstation grade graphics card as well if that suits your workload better (for example for video rendering).

We are keeping this tried and tested case that is both easy to build in, as well as works well with the parts selected in this build guide.

Since the 2990WX draws 250W of power, as opposed to 180W from the 2950X, we are recommending an upgrade to this 1000W PSU from Seasonic. Seasonic is a very reliable manufacturer of PSUs and preferred in the enthusiast community. This PSU is fully modular, which facilitates a cleaner build. It also features an 80 PLUS Titanium rating for the highest efficiency rating.

Buying from a Boutique PC Builder

Alternatively if you don’t feel comfortable building a workstation yourself, or if you simply don’t want to spend the time, you can consider using this build guide as inspiration for your purchase of a workstation from a vendor such as Velocity Micro.

We hope this guide was useful to you. Please leave your questions or feedback in the comments below, and subscribe to receive notifications of new posts in the future.